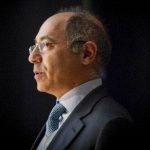 Alan Howard joined the Penso Advisory Board as an inaugural member in May 2020. Alan is a Senior Trader at Brevan Howard Asset Management LLP and a Founder of Brevan Howard.  Prior to founding Brevan Howard, he worked for CSFB from 1997 to 2002 as a Managing Director and Global Head of Proprietary Trading in the Developed Markets Rates Division.  From 2001, in addition to managing CSFB’s proprietary capital, he undertook the investment management of a series of investment companies set up by Credit Suisse for its private banking clients.  From 1995 to 1997, he was Head of Interest Rate Trading at Tokai Bank Europe.  Prior to joining Tokai Bank Europe, he was a Managing Director at Salomon Brothers.  He holds an MEng in Chemical Engineering from the Imperial College of Science and Technology, London (1986).