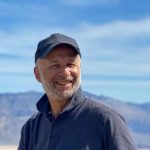 Ray Kanner joined the Penso Advisory Board as an inaugural member in May 2020. Ray retired in late 2016 as the Managing Director and Chief Investment Officer of IBM’s global Retirement Funds’ system, after having spent nine years as its CIO, overseeing approximately $150 billion of IBM pension and savings funds worldwide. His IBM career spanned 38 years, with positions in Systems, Treasury, Mortgages and Credit before joining the pension fund in 1993.

He earned an MBA and MPh from New York University and a BS from Brooklyn College.  He has held various part-time teaching positions at NYU, Brooklyn College and Long Island University.  From 1997 through 2016, he was a board member of the Emerging Markets Growth Fund – a mutual fund of the Capital Group. He was the chair of CIEBA (Committee on Investment of Employee Benefit Assets – the industry trade group for large corporate CIO’s) from 2015-2016 and its acting Executive Director until mid-2017. In addition, he was an advisory board member of the Russell Index Committee from 2001 to 2014. He is currently a trustee of the JPMorgan mutual fund complex, a member of State Street’s Global Fiduciary Services Advisory Board, a member of Los Angeles Capital’s Advisory Board and an investment committee member on two charitable foundations.